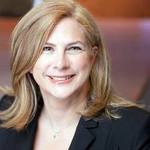 Andrea Fischer is a seasoned qui tam, business and bankruptcy litigator. She is an experienced litigator, and has successfully prosecuted cases in many areas, including; fraud, complex commercial disputes, bankruptcy litigation and qui tam cases. Prior to founding New York's Fischer Legal Group, Andrea was a founding partner at another prestigious New York qui tam law firm. In her years of practice, she has successfully handled all phases of complex litigation, including whistleblower cases. She is known for her tough negotiation skills and is often sought out for these skills.

In addition to business law and her qui tam practice, Andrea has represented constituents in all areas of the bankruptcy arena, including trustees, debtors, secured creditors, creditor's committees, equity committees, and individual unsecured creditors. In her bankruptcy practice, Andrea is often retained by clients for her bankruptcy litigation work, frequently involving fraud. She is also well versed in adversary proceedings and has participated in countless negotiations among various estate constituencies.

Andrea adds her knowledge and experience to the Schechter Legal Group for those matters pending in New York, as well as Federal Qui Tam matters.

Andrea is an associate member of the Columbia University Seminar on Ethics, Moral Education and Society. She frequently speaks to lawyers, accountants and financial advisors in the bankruptcy and restructuring areas, as well as qui tam issues.

Andrea is admitted to practice in Florida, New York, and the United States District Courts for the Southern, and Eastern Districts of New York.