“For years, Express Hospitality Group disregarded  state law and New York taxpayers,” said Attorney General Schneiderman. “Today's felony conviction and settlement should send a clear message to those attempting to avoid paying their fair share: tax evasion is illegal, disgraceful — and it will not be tolerated.”

Our Relator received a 22% share of the $13M settlement. 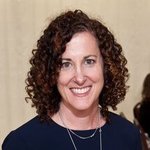