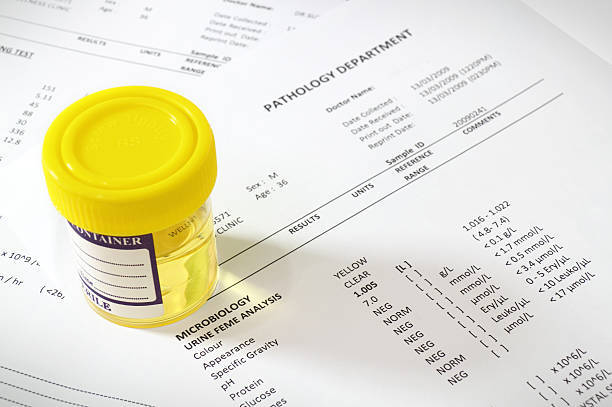 Bas, owner of Accu Reference, and Syed, conspired in a scheme in which a Maryland pain management practice referred urine specimens to Bas's testing lab in return for $1.37 million in kickbacks.

The following details are excerpts from the press release:

According to their plea agreements and other court documents, Bas was the owner and CEO of Accu Reference, a medical testing laboratory with corporate offices in New Jersey.  In late 2010 or early 2011, Bas began using Mubtagha Shah Syed to market Accu Reference's services.  In February 2011, Syed had a meeting with Muhammad Ahmad Khan, the chief administrative officer (CAO) of a group of Maryland-based pain management medical clinics that were incorporated as Advanced Pain Management Services but that operated under the name of American Spine Center (APMS/ASC).  The clinics were owned and operated by Drs. Atif Malik and Sandeep Sherlekar.  APMS/ASC required patients who were prescribed pain relief medications to submit urine samples for testing in order to monitor the levels of pain medication or other narcotics in their bodies.

During their February 2011 meeting, Syed and Khan discussed the possibility of APMS/ASC referring its patients' urine toxicology specimens to Accu Reference for testing in return for the payment of kickbacks.  Khan discussed the plan with Malik and Sherlekar who assigned Vic Wadhwa, APMS/ASC's Chief Financial Officer (CFO), to conduct additional discussions concerning the arrangement.  Syed arranged for a meeting between Bas and Wadhwa during which they agreed that Accu Reference's profits from the urine toxicology tests would be equally divided between Accu Reference and APMS/ASC personnel.  In addition, Bas agreed to pay Syed a 5% share of the proceeds for his role in putting the transaction together.  Unknown to Bas, Wadhwa told Malik and Sherlekar that he and Bas had agreed on a figure of $35 per specimen cup for the kickbacks, which was significantly lower than the amount of the kickbacks Bas would actually be paying under his agreement with Wadhwa.  This allowed Wadhwa and Khan to skim off approximately 60% of the kickback payments for themselves. Starting in the spring of 2011, APMS/ASC also referred patients for back braces to another company that Bas operated, in exchange for kickbacks to APMS/ASC.

Each month from April 2011 through July 2012, APMS/ASC referred between 700 and 1,300 patient urine specimens to Accu Reference in return for kickbacks.  Accu Reference received approximately $4.4 million in payments from claims submitted to Medicare and private insurers for testing the specimens submitted by APMS.  Bas caused his companies to pay kickbacks totaling approximately $1.37 million to Wadhwa and his co-conspirators.

Federal and State False Claims Acts typically render false any claims tainted with kickbacks or self referrals.  This demonstrates a classic case of such fraudulent conduct.

The link to the full press release can be found here:  https://www.justice.gov/usao-md/pr/ceo-lab-testing-company-and-marketing-representative-sentenced-federal-prison-pain